Why I never used the envelope budget system 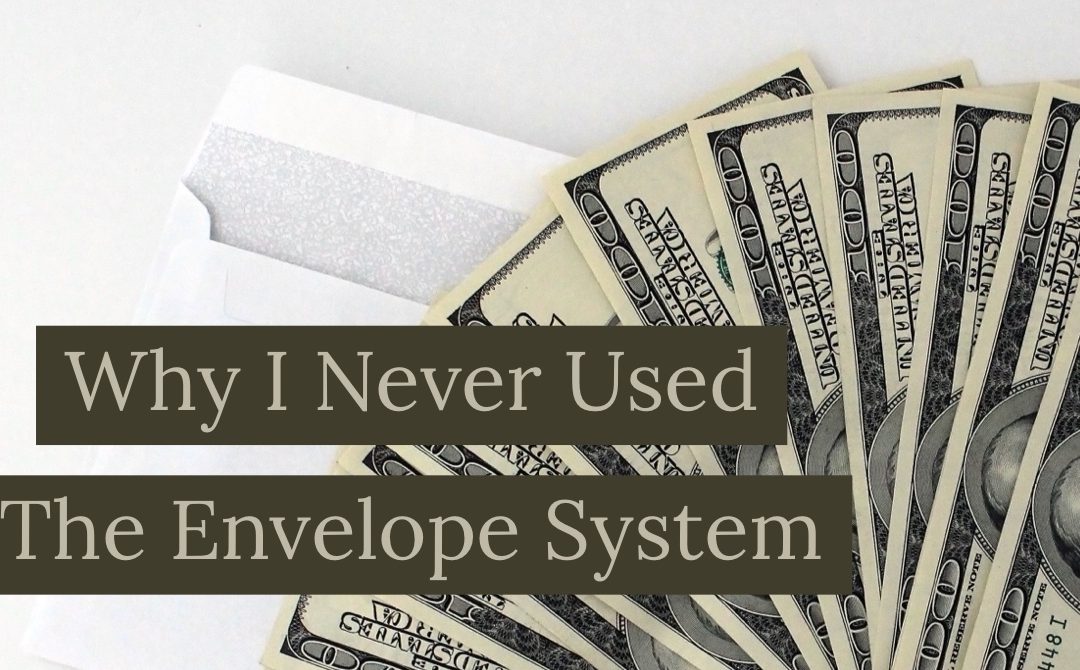 I was first introduced to the envelope budget system after listen to Dave Ramsey’s book and many of his podcasts on financial freedom and debt-free screams.

Don’t get me wrong here, I think the envelope budget system makes a lot of sense, but it didn’t make sense for me and my lifestyle. Instead, I took that concept and morphed it into something that worked for me without requiring major change with the method in which I spent money.

Does the envelope system work?

Yes, I think this system does work, and I think for many it was a big game changer for them in their lives trying to get out of debt. Which I think is so awesome, but it just wasn’t for me.

Even before establishing a budget and getting out of debt, I was very diligent about paying off my credit card balance every month. I never liked to roll a balance despite my willingness to buy whatever I wanted.

The envelope budget system works so long as you’re diligent in the simple fact of not spending more than you’ve allowed yourself. Using the cash-based concept version of this makes it very “easy” to be diligent.

Other budgeting variations require more awareness of your budget status so you don’t overspend.

How do you start an envelope system?

As with any budget, you need to figure out how much you’re spending on average in any given category over a period of time. This will determine what is realistic for you to continue spending and what you could possibly cut out.

Once you’ve determined this, you allocate money for each of your budget categories. The goal, and often times the trick, will be to under-spend in your budget so that you have money left over to save or to put towards your loans.

To be successful with this, you need to be realistic with yourself and forget grand visions of going “cold-turkey” and simply spending less. For example, you can’t determine you’ll only spend $50 month on gas for your car a month because that’s a nice solid number when at a minimum it takes $72/month to get you from Point A to Point B.

You save on areas of your budget by cutting out fluff. Things like magazine subscriptions, expensive gym memberships, and so on.

What are the categories for the envelope system?

The budget categories I have setup for myself are:

There are only 8 categories, but they are simple based on the different places in which I spend money. Meaning, I know what it’s like to pay for food at a restaurant, so that money comes from the Restaurant category. Pretty simple.

Are there alternatives to the envelope budget system?

Oh yes! There are lots of options out there, but you’ll have to find the one that works best for you so that you can consistently be diligent in tracking and maintaining your budget.

For myself, I use Mint.com – it’s automatically tracks my spending. All I have to do is categorize my transactions into my budget categories and it tells me how much I’ve spent and how much I have left to spend in each category.

It’s a lot like the cash-based envelope system, but entirely digital and I’m able to keep using my credit cards.

Listen to our podcast too…