What Does It Feel Like To Pay Off Student Loans 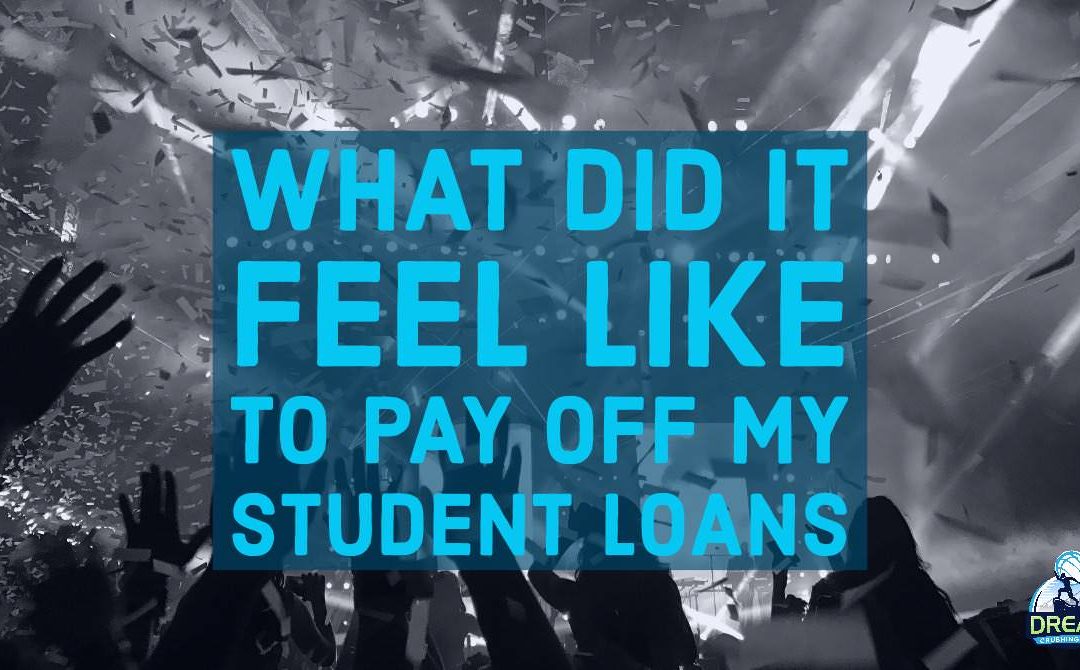 Let me tell you, it was one of the most surreal moments of my life where my brain was trying to convince my heart that they are all paid off. Because I could see that they were, I had a zero balance after all, but I think my heart wanted a firework or confetti to come across the screen when I finally reached that point. In fact, there wasn’t really any immediate confirmation that my loans were paid off and my accounts closed.

How I Got Started Paying Off My Student Loans

After I started putting together a plan of getting out of debt, the fastest scenario I could come up with was a 5 year plan. I wanted to do it faster than that, but my available money each month wouldn’t allow for a more ambitious schedule.

However, once I settled in and committed to paying off my student loans, it was March 2014. I took a big chunk out of my savings account and put it towards my largest, and most expensive, loan. That was my kick off! It was time to start living with in a budget and putting every extra dime I could come up with towards these loans.

I dove headfirst and very rarely came up for air. There were a lot of days I felt like I was going to drown, but with the support of family and friends, I was able to keep going and not give up. As soon as my biggest and most costly loan was paid off, that’s when everything started to snowball down the mountainside and practically steamrolled the other smaller loans. It was insane how quickly the smaller loans started to disappear!

How Long Does It Take to Pay Off Student Loans?

By June 2016, 2 years and 3 months later, I made my final payment on my last student loan. I was so anxious for some sort of confirmation (or even a congratulations) that I called the bank to confirm that account was paid in full and was closed. They confirmed and said they would be mailing me a confirmation letter. I couldn’t believe it! I cut my 5 year plan in half and I was debt free!

I wanted to jump for joy… but I couldn’t. I had been climbing this mountain of debt as hard and as fast I could that I wasn’t sure it was even over. I felt dazed almost. Shocked. I think I wanted to cry. But I did call my parents, and my friends most invested, to let them know I was debt free. We reveled in the moment of my great accomplishment and all that I learned. I am truly proud of myself.

It only took me 2 years to pay off my loans, but how long it takes you will determine a lot on how much debt you have and how much you’re able to put towards it each month.

What Is It Like After Student Loans Are Paid Off?

In the months to follow, it was a welcomed change of pace to to finally have extra money I could either start saving or investing with. At the moment of me writing this, it’s been nearly 3 years since I paid off my student loans and let me just tell you… I’m jumping for joy now! My budget hasn’t changed or my spending habits really and I’m pleased to report that I have more money than I’ve ever had in my life because I learned how to live within a budget and manage my money. It’s not a ton of money by any means, but it’s more than I’ve had at any given time of my life.

So what did it feel like paying off loans? Surreal. Humbling. Accomplished.