Are Student Loans Worth it? 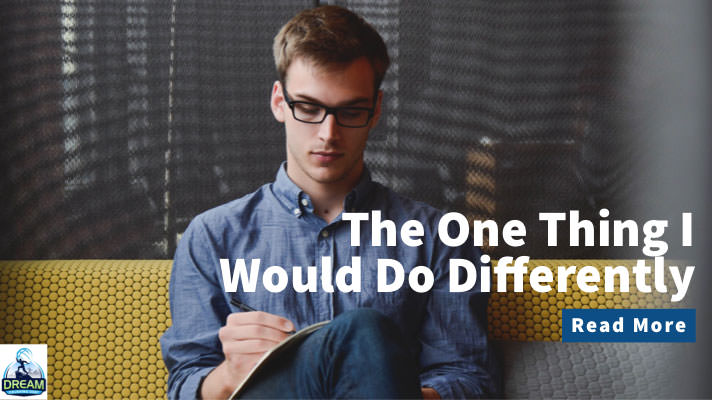 Taking out Student Loans for my education became a necessity, one that I don’t regret.

When I was growing up, my dad would always ask me, what would I do differently for next time? I came to better understand his question as, “Now that you have had the experience, would you do anything differently if you had to do it all over again?”

Now that I have paid off my student loans, I still hear that question from time to time from different people. People with different experiences and motives and knowledge are probably looking for the improved version of all that I’ve been through.

What would you do differently?

This is a difficult question really because as I look back on the process of getting out of debt, I can’t imagine it happening any other way. I can’t fathom an alternate way I would have learned all the I learned.

My debt came to me in the form of student loans. Student loans I acquired because I didn’t have enough money in the first place to pay for all of my college expenses. Which is fine and very common when you start looking at everyone else around you.

So what would I change? Apart of me would go all the way back to that young, naive, self of mine when the first student loan was taken out.

Start there and help him understand the impact of what that student loan will do down the road and encourage him to find more creative ways to get extra money for college to minimize the amount of student loans needed.

In hindsight, I can see how adding a side hustle and learning how to better budget what money I did have could have helped offset some of the expense of college.

Why I still would have taken out student loans

Keep in mind the one thing I would have changed wasn’t to remove the student loan entirely. That’s too wishful of thinking and likely would have put my younger self into too much of a tailspin. Instead, I would still let the student loans happen… I would just want them approached differently.

If student loans are approached differently than they most likely wouldn’t have been as big of a burden lasting as long as they did.

Student loans were terrible but they were most certainly the motivator I needed to figure things out and get my finances in order. Without them, there wasn’t really anything else that would have made me stop and think about how I was doing things and how badly they needed to change.

I try really hard to not regret how things went. I really do. Otherwise, there is a mountain of a list of things I wish were different… and I only wish they were different because I too want to keep up with the expectations of society. But instead, I’ve chosen to accept life as it is.. as my story to tell… and move on with greater resolve to do better than I’ve done.